Some doctors talk alot about anti-aging that include healthy choices such as diet, exercise, stress reduction, etc. but have very little objective markers to show where you are today, and how to proceed with therapies to yield the highest level of wellness.  The Center for Well Being can test your true biological age, measure the nutrient-toxin status and provide a plan to optimize the aging process to live healthier and longer.  Based upon the following testing parameters, the doctor can give the best suggestions that are based upon the most recent peer-reviewed research findings in diet, lifestyle, stress reduction methods and specific nutritional supplements. 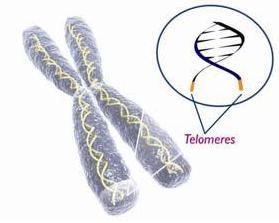 Telomere testing is an innovative cellular aging test that measures a person’s biological age in comparison to their chronological age. Telomeres are sections of DNA at the end of each chromosome that cap genetic material and serve as protective buffers that keep the ends of chromosomes from becoming attached to each other or rearranging. They are often compared to the caps at the ends of shoelaces. Every time a cell replicates, its telomere gets shorter, eventually causing cell death once the telomere attrition has reach its maximum. Measuring telomere length in human lymphocytes is an indicator of cellular aging, and research demonstrates that shortened telomeres are responsible for many of the normal processes of aging.

The phenomenon of cellular aging was first noted by Professor Lenhard Hayflick in 1961. He discovered that cells cannot divide beyond a specific number of times, a phenomenon called the Hayflick Limit, which we now know is triggered by the cell’s telomeres shortening below a specific threshold. When cells can no longer divide, conditions associated with advanced aging appear. Telomere length is affected by many factors: age, genetics, lifestyle, disease. Chronic diseases such as cardiovascular disease, hypertension, diabetes, obesity and dementia have strong associations with shorter telomeres. But telomere attrition can be mitigated significantly with aggressive lifestyle therapies including diet and nutrient supplementation.

Oxidative stress is another major culprit in telomere shortening so reducing inflammation and shoring up the body’s antioxidant defenses is critical for telomere maintenance. A sedentary lifestyle and excess weight also negatively affects telomere length. The Telomere test measures a person’s telomere length. A control gene is also measured and compared to the telomere length, and then results are stated as a ratio. A higher ratio means a longer telomere, and younger biological age. The Telomere Score is also compared to other individuals in the same chronological age group.

Urinary organic acids are various metabolites produced by our body cells that can give us direct information about cellular nutrition including vitamin deficiencies, antioxidant deficits, DNA free radical aging, and other toxicity issues.  It even tells us about the yeast and bacteria overgrowth status in the intestinal tract.

Optimal cell nutrition and toxin clearance is the center fulcrum in respect to living longer and most importantly, living healthy without fatigue, pain and other energy depleting issues that reduce the quality of life.

- Copyright 2021 Virtual Interconnect, LLC and its licensors. All rights reserved.